BOOK AN APPOINTMENT OR FIND OUT MORE INFO

The Ancient Science of Ayurveda 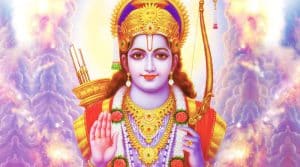 Ayurveda, Indian medicine system got developed into a full fledged science over a period of thousands of centuries. The traditional Ayurveda text books like Charaka Samhita, Sushruta Samhita, Ashtanga Hrudaya etc form the basis of Ayurvedic science or science of Ayurveda. Let us have a bird view of, how the ancient seers were able to write these text books, what might be their basis for developing innovative ways of healing with limited resources in those old ages etc.

Difference between evolution of Allopathy and Ayurveda

Allopathy starts by explaining the science of cell structures and components, the formation of tissues and systems and so on.
The way the ancient Ayurvedic seers were looking at human anatomy and physiology is quite different from allopathy.  Rather than focusing on arbitrary human systems, they looked at the human body’s relationship with nature.
For example, when they saw air, light and water controlling the nature, they were able to observe the same factors inside the body, controlling health and disease. They named the body’s equivalent forces Vata, Pitta and Kapha.
Balanced amounts of air, light / temperature and water lead to healthy natural environments. Similarly, balancing Vata, Pitta and Kapha leads to well-being in the body.
Conversely, imbalance in air, temperature and wind leads to calamity.  In the human body, the same is true of imbalance in the relationship between Vata, Pitta and Kapha.
Air, light and water are present everywhere in the atmosphere, but still their presence is specifically felt at particular places like a windy mountain, a fountain etc.
Similarly, though Vata, Pitta and Kapha are present all over the body, their presence is specifically appreciated at particular places.  Vata, for instance, is more observable in large intestine and joints
Pitta is found largely in the stomach and small intestine
Kapha may be found in the lungs, joints etc.

The ancient seers learnt about health, disease and treatment by adopting four different methods. They are –
1. Prathyaksha – direct observation
2. Anumana – guessing, based on logic and probability
3. Aptopadesha – firmly believing in the words of experienced and enlightened.
4. Upamana – comparison, simile.

1. Prathyaksha – direct observation – If you happen to have read any original Ayurveda textbook, you can appreciate how keen they were to observe the world around them.

The direct observation is of two types.
a. By normal eyes
b. By spiritual eyes.
Sushruta says that the factors that can be seen from the external eyes are limited.  Some factors, however, are invisible and innumerable. Such invisible factors are only visible to Jnanachakshu (eyes of knowledge) and Tapachakshu (eyes of Tapas – Spiritual practice).

2. Anumana – Guessing based on logic and facts – The Anumana involves keen observation of facts and arriving at inference.
The best example of the use of Anumana can be found in Anna Raksha Vidhi Adhyaya of Ashtanga Hrudayam, where they have explained how to test poison. If food mixed with poison is given to animals, they exhibit certain characterstic features. For example, flies die, the crow loses its voice, the parrot begins to hoot at the sight of poisonous food, the swan loses its gait, the cat becomes excited and irritable etc.

3. Aptopadesha – Apta means a person who is full of wisdom and dispassion. He is not afflicted with desire, anger, jealousy etc. Usually the Guru of ancient ages were Aptas. The knowledge of Ayurveda was passed from Guru on to Shishya (student).
The Guru was supposed to be sound in knowledge and student was supposed to completely surrender to Guru and believe in his sayings completely.

4. Upamana – comparison. – This was one of the effective ways of learning in ancient times. The comparison of air, light and water to Vata, Pitta and Kapha can be said as the best example. Rita is the founder of the Ayurvedic Wellness Centre. To find out more about her, head to the About Us page.

Rita is the founder of the Ayurvedic Wellness Centre. To find out more about her, head to the About Us page. View all posts by Rita Sagrani » What is your Dosha?

In Ayurveda, your body type is referred to as your 'dosha'.